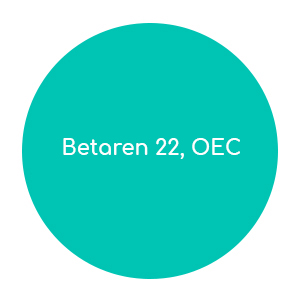 Active ingredients inhibit photosynthesis, carbon dioxide digestion by plants, and phosphorylation process, thus causing disturbance of the energy balance and basic metabolic reactions. Phenmedipham and desmediphan penetrate through leaves and have a translaminar effect.
Oil emulsion concentrate improves significantly herbicide absorption. Particularly, oil serves as a conductor of the active ingredient through the wax layer of a leaf and facilitates preparation penetration in deeper layers of a weed. When applied on a weed, oil emulsion distributes evenly and forms a film on the leaf surface preventing preparation evaporation and washing-off. This helps maintain preparation activity that does not depend on weather conditions.

The preparation affects weeds present in the plantings during spraying, and its action time depends on time before the next wave of weeds, which is function of weather conditions during application. If the second wave appears with a delay, the action time will amount to 3 or 4 weeks or more, i.e. beet plants will demonstrate normal growth at their earlier stages, when the crop is most sensible to weeds.

Visible signs of exposure appear in 4 to 8 days after treatment.


Compatibility with other pesticides

To enhance the spectrum of action, use a preparation containing herbicides against cereals (Healer, Forward, etc.) and against sow thistle (Lornet).

Prepare the mix immediately before use and apply during the same day. The sprayer shall be provided with an agitator and water pump for filling. The agitator shall be activated as water starts flowing into the tank. To prepare the mix, fill the sprayer tank with a small amount of water (1/4 of volume), then add the preparation dose and top up with water to the required volume while intensively stirring the mix.

Prepare the mix and fill the sprayer on dedicated sites that are disinfected afterwards.
When using prepared herbicide mixes, these shall be prepared in line with the recommendations for each particular preparation.
Use ground-based boom sprayers Amazone, OPSh-15-01, OP-2000-2-01 or similar.

Phytotoxicity
Do not apply on beet plantings weakened by frosts, heat, and pests.

Storage conditions
Keep the preparation in a room dedicated for pesticide storage. Storage temperature range – minus 10⁰C to plus 35⁰C. Stir before use.